I freely admit that I am obsessed with the Olympic Games – it’s the same every four years. I find new sports each time to become engrossed in and I realise time has flown by as I watch. As remarkable as the pure athletic excellence is, it’s not just the sport which I love. It’s also the amazing human interest stories that can be profoundly moving: the smiling ‘selfie’ taken by the two North and South Korean gymnasts, arms looped round each other; the first individual gold medal won by a black female swimmer; the victorious but exhausted GB rower being assisted back onto land by the Australians his boat had just beaten to gold; the pure joy on the face of Bryony Page, GB’s first ever medal winning trampolinist.

Although the Rio 2016 Games have been dogged by doping scandals and protests in Brazil over the high cost when so many are struggling, there is still something undeniably wonderful about the Olympics. Back in the second century AD, one of the early church writers, Irenaeus of Lyons, said that “the glory of God is a human being fully alive“. It’s a wonderful description of the way we should be living and feeling, though maybe it’s an ideal we fail to reach on most ordinary days. Surely the Olympics at their best are the very epitome of that statement by Irenaeus, as they bring out the best of humanity and provides us with something uplifting to celebrate in the dark and uncertain times we find ourselves in at the moment.

By the Revd Rosie Woodall, Vicar of Bisley, Chalford, France Lynch and Oakridge. 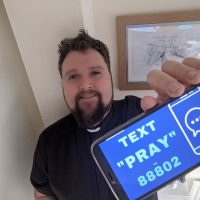 One thought on “Rio brings out the best in humanity”