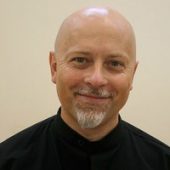 For me, the last word on the extraordinary American election season was a tweet from Irish author Damien Owens. It has the now infamous image of Donald Trump at a mass rally in South Carolina in the throws of a mocking impression of disabled reporter Serge Kovaleski. The tweet says:

“As long as I live, I will never understand how this alone wasn’t the end of it.”

It could be said that the last word on the Christian hope is the restoration of lost dignity. We see it in a glimpse of the Final Banquet at the end of time in the scriptures. As we look at those who have a particular invite to the banquet, we notice that it is those with tear-stained faces, those who have known disgrace, disappointment and disapproval. And, as they gather, we see that those who have known disgrace will have their disgrace removed – their dignity will be restored (Isaiah 25v8). I guess this resonates so strongly because most of us have true-life stories of having our self-worth pulled out from under us and our dignity shattered. The paradox is that this experience often has unlocked a strength in us – the strength of the wounded healer to those we encounter in situations of lost dignity.

I love the mythical tale of a boat carrying someone who has just departed this life to a new shore at the other side – where many welcome them home. In the manner of Deacon Blue’s classic hit-song, I like to think of that boat as “a ship called dignity.”

By the Revd Simon Howell, Stroud Pioneer Minister, Vicar of Holy Trinity Stroud and Inter Faith Adviser in the Diocese of Gloucester.