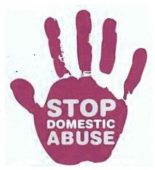 Everybody knows that after months away from The Archers – Radio 4’s daily soap – re-entry is accomplished within a couple of episodes because nothing ever happens. That is, everybody except the devotees.

Over the past two years, the chilling story of Helen Titchener’s emotional and physical abuse by her husband Rob, has been slow and consistent. He is manipulative, and controlling. He has succeeded in isolating Helen, honing in on her weaknesses; making her question her own ability to cope; criticising her; bullying her young son.

We have listened to a strong-willed woman being broken down to an anxious shell of her former self; a frozen woman who can only make phone calls to her best friend in secret; who has to buy clothes from a charity shop; who is not allowed to drive, chose her own food, or even chose where her baby will be born.

Its been disturbing and claustrophobic. We are left yelling at the radio for Helen to leave, can’t she see what is happening to her ?

Women’s Aid and Refuge charities that have encouraged and advised on this story line, with experiences from survivors of domestic abuse, will say that stories like Helen and Rob are all too common – and from all walks of life and communities.

For the thousands of Helen’s out there, the outcomes of their stories are hugely complex. For Helen Titchener, her story line has prompted discussions on TV and Radio, on Twitter and Facebook; in offices, and in churches – people are really talking about the issue and being made more aware.

An every day story? For many this is their every day story. But for those of us still yelling at the radio, the Archers has helped us understand that domestic abuse is very complex.

Judith Knight
Head of HR and Safeguarding
Diocese of Gloucester