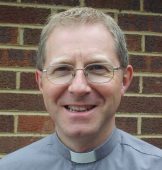 The clock has started to tick; two years until the UK leaves the EU. Or will it just be England and Wales? The chances are, that whether hard or soft Brexit, it’s going to be messy.

Diplomacy, financial deals, legal negotiations, policy ratification, it’s inevitably going to take much talking and typing, and much talking-up and talking-down before 30 March 2019.

We want a ’good deal’ for Britain, but, what does that mean in economic and social terms, not to mention in cultural and community life? We haven’t really begun to work it out yet. When was the last time politicians got a ‘good deal’ for Britain in European terms? Agreeing to differ is hard work and needs evenhandedness; the referendum was narrowly decisive.

I think one of our main concerns is going to be how we manage the coming crucial months and years without creating more division and animosity that damages the way we relate to one another and to our neighbours. Cynicism and lack of trust are constant media messages. It’s difficult to build confidence and hope for the future on this kind of basis.

Let us pray for wisdom for all closely involved in the work of the next two years; it’s going to be needed in great measure as our future life is shaped and the die is cast as we leave the EU. Some of the humility and vulnerability, honesty and genuine open questioning we find in the Psalms wouldn’t go amiss.

By the Revd Canon Richard Mitchell, Precentor of Gloucester Cathedral