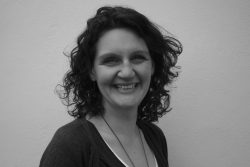 heresa May has attracted some criticism this week after her appearance, with her husband, on the One Show.  In a discussion about their marriage she said that ‘there’s boy and girl jobs you see’, referring to the fact that her husband takes the bins out.  Reactions have been interesting and varied with some being horrified that we still speak of gendered roles in the household and some suggesting that there really are more important things to discuss in the run up to a general election.

Personally, I think Mrs May was careless to say what she did and it is unhelpful.  Mostly because I really don’t think it is true.  In my own marriage there are certain roles that I fulfil and certain roles that my husband does.  Some of them may adhere to gender stereotypes or ‘tradition’.  For example, like Mr May, my husband always takes the bins out.  He also cuts the grass.  However, he also does all the ironing, washing and some of the sewing on of buttons, amongst other things.  We do these things, not because of our gender, but because of our personalities, our likes and dislikes, our strengths and the way that these things fit in with the rest of life.  Family units, work patterns and social ‘norms’ are many and varied, and the ways each of us make this work are as well.

My generation of women have mostly not had to fight for gender equality in the way previous generations did and we do not face the awful things that many women across the world do, but we constantly have to deal with ‘everyday sexism’, these kind of comments and experiences which can seem benign and that we are told to shrug off or focus on more important things.  However, they betray an underlying culture that subtly and persistently informs people’s opinions and values.  It has been hard enough for women to get anything like equality – and we still have a long way to go – without the irony of the most powerful woman in our country talking about boys’ jobs and girls’ jobs!  If we, even jokingly or light heartedly, talk like this, we risk another generation growing up believing that there really are jobs for boys and jobs for girls.

By the Revd Rachel Rosborough, Rector of Bourton on the Water with Clapton & the Rissingtons