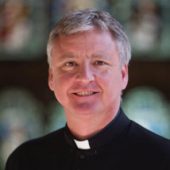 Actually, I really wanted to be in the navy! I had the boyhood dream of commanding an aircraft carrier. It was when that possibility ended that I soon came to realise that I just had to be ordained. No flash or blinding light moment, but a gradual, constant realisation that I couldn’t do anything else in life. I had no church background but came to faith through the Scouts as we attended Church Parades. I didn’t get to university either, so there was no easy or familiar route into ministry. I did though have a clear comprehension that I was being called and it wouldn’t go away.

I’ve been ordained now for nearly thirty years and have had the most incredible time. The privilege of serving God and his people has been fulfilling and never dull. The greatest fulfilment has been to lead worship and to spend time with people at their moments of greatest joy, and their greatest need.

Being ordained brings you into a unique reality; there are so many questions and so many reasons to distract from following Jesus. I have found that exploring faith is the only way to discover meaning and the depth of the human experience. To put it more simply, I have never found a better answer to the meaning of life and God really can transform both individuals and society, but most often in ways we cannot predict or control. I have spoken about trying to be ‘in tune with heaven, and in touch with daily life’. For me this is what being ordained is all about, and I am constantly amazed that it seems to be the truth.

Now, for the moment, I have been called to be Dean of a cathedral here in Gloucester. Cathedrals are open and welcoming and engaged with the communities in which they are set. They are a bit like aircraft carriers, often called ‘Flagships of the Spirit’. Perhaps I’ve fulfilled the ambition as well as the vocation – but then who knows what comes next on this great adventure.

By The Very Revd Stephen Lake, Dean of Gloucester 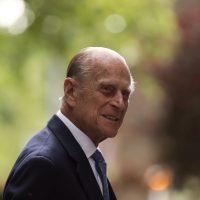 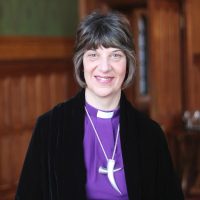