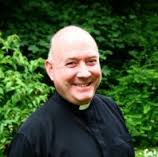 The Revd Canon Leonard Doolan will be soon leaving his ministry in Cirencester and taking on a new role as Senior Chaplain of the Greater Athens Chaplaincy. Our question to him was ‘what does that involve?’ Here Leonard tells us more:

Since announcing that I had been appointed as Senior Chaplain of the Greater Athens Chaplaincy there has been some interest in what exactly I will be doing there. Here is a quick summary of the key components of the role.

So, very briefly, that is what I will be doing for up to the next ten years. It should be interesting, to say the least!