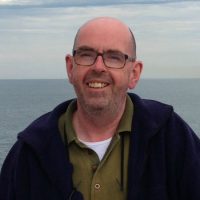 It was one brief headline on the BBC news, just an end piece.

It said something about the developer of the MRI scan having died.

I’ve never had an MRI scan, my daughter has, but I haven’t.

In fact, I didn’t have clue what MRI stands for or who this man was.

But that one small headline stuck with me throughout the rest of the day and beyond.

I discovered that the man who had died was Sir Peter Mansfield.

He led a team in the 1970s to develop Magnetic Resonance Imaging, one of the most important breakthroughs in modern medicine.

I didn’t know that.  So I’m grateful to the BBC News website for telling me.

Now I’m no scientist – I couldn’t tell a test tube from a Bunsen burner at school – but it does seem to me that what Sir Peter Mansfield and his team did really changed the way we approached medical science and more importantly it changed people’s lives.

But here he was, a small headline on the news, a sente
nce or two in the newspaper.

As a society we grieve over the death of a celebrity and quite right too because they are often part of our own life journey.