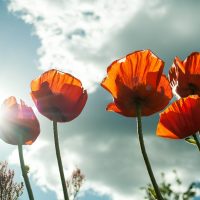 SUMMER IN THE FOREST

We encourage you to watch this new film being screened at Electric Picture House in Wotton-Under-Edge on Sunday 16 July at 7.30pm

Lose yourself and find your heart

Like countless others Philippe, Michel, Andre and Patrick were labeled ‘idiots’, locked away and forgotten in violent asylums, until the 1960s, when the young philosopher Jean Vanier took a stand and secured their release – the first time in history that anyone had beaten the system. Together they created L’Arche, a commune at the edge of a beautiful forest near Paris and a quiet revolution was born.

Now in his 80s and still at L’Arche, Jean has discovered something that most of us have forgotten – what it is to be human, to be foolish, and to be happy.

SUMMER IN THE FOREST invites us to abandon the rat race and forge new friendships. Amid the ancient trees, Philippe, Patrick, Jean and the others welcome us into their lives. If there are rules to break, they will be broken and if there is a truth to be told, they will tell it. Michel wants to share with us his war torn past, Andre is desperate for a date, and young David will prove himself a hero in the fight against the forces of evil.

Jean Vanier is one of the great humanitarians of our time.  He saw the value of people with intellectual disabilities and rescued them from lunatic asylums in 1964 and, by proving they could live in an ordinary house, changed the care system for a whole category of human beings throughout the Western world and beyond.  The organization he founded, L’Arche, in France, now has 151 communities in 37 countries, including the UK, and is constantly growing. He has authored classic books on the subject, won international awards, such as the Templeton prize, but he is not a household name, unlike his friend Mother Teresa