In these days, for those of us who profess Christian faith, it is worth reminding ourselves that the great story we find ourselves in ends like this:

“The city does not need the sun – for the glory of God gives it light, and [Jesus the] Lamb is its lamp. The nations will walk by its light, and the kings of the earth will bring their splendour into it.’ (Revelation21:23-24)

This verse from the penultimate chapter of the Bible brings to a conclusion a story that started with every person on the face of the earth originating from two parents: “From one blood God created every nation to dwell on the face of the earth” (Acts 17:26). A principle at the heart of creation is, therefore, that no one is inferior to another because we are all part of the same race – the human race – all of us made in the image of God. It is not an elite group of the human race that are made in God’s image.

The Bible then follows a vast narrative that sees the nations dispersing to inhabit lands far & near, and then, right at the end of the story as we have just seen, they come back together again. Not to lose the cultural identity of each nation, but to celebrate each & every cultu 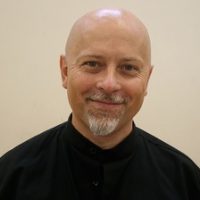 re – bringing their cultural splendour into this great multicultural carnival that weaves through the streets of the heavenly city.

What might be an example of forcefully trying to halt the plotline of this story in its tracks and send it careering backwards? Well, right on the money would be grabbing a torch & an automatic weapon and standing, with countless others, outside Charlottesville Synagogue shouting “Jews will not replace us”.

By the Revd Simon Howell,

Inter Faith Adviser in the Diocese of Gloucester.

One thought on “The greatest multicultural event in history”