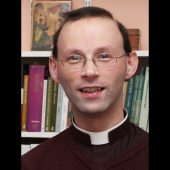 “We should not underestimate the power of words to set free or to bind, to unite or divide, to reveal truth or obscure truth”

At the beginning of January, the Archbishop of Canterbury led a pilgrimage to Auschwitz. Reflecting on the unimaginable horror of all that happened there, he commented that the genocide that took place began long before Auschwitz opened. It began in the language used by the Nazi regime which, in reshaping attitudes, made the death camps possible because they had become thinkable. Genocide does not begin with killing it begins with words.

So one of the many warnings from Auschwitz is that leaders, whether in church, state, academy, the media or community, help define the boundaries of the ‘acceptable’ in how they use language or fail to use it. That lesson needs to be learned in every age. Intentionally or not, our use of language shapes the wider culture. One of the most disturbing features of our own times is that much of the political discourse on both sides of the Atlantic, and on different sides of current controversies, is so often characterised by aggression and vilification. It demeans those who speak it and it demeans those who are spoken against.

In short, we should not underestimate the power of words to set free or to bind, to unite or divide, to reveal truth or obscure truth. In the Hebrew scriptures God speaks in order to create: “God said ‘let there be…’”. In the Gospels Jesus frequently uses words to heal, free, reconcile and forgive: ‘My daughter, your faith has healed you. Go in peace’; ‘Lazarus, come out’; ‘Father, forgive them’.

In an age of ‘alternative facts’, when social media makes words cheap, we must play our part in cherishing the careful use of language, so that our words build up our common humanity as children of God, rather than obscure it.

By the Revd Canon Dr Andrew Braddock, Head of Mission and Ministry