Reflection on the rescue of the football team in Thailand, by the Revd Arthur Champion, priest and caver 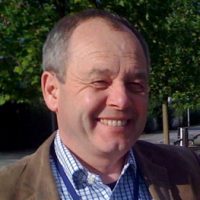 As I am writing, news is breaking that divers in Thailand have miraculously rescued all 12 boys and their football coach from flooded cave passages some 17 days after they got trapped underground. A well-known Bible verse springs to mind:

The people who walked in darkness
Have seen a great light;
Those who dwelt in the land of the shadow of death,
Upon them a light has shined. (Isaiah 9: 2)

These youngsters had literally “walked in darkness” and after a week all hope of them being rescued had almost faded until two British cave divers managed to dig through an underwater obstruction and found them sitting on a mud bank just above the water level. The public’s imagination was fired up by the difficulty of rescuing these young lads since none of them could swim let alone use scuba gear. The accidental drowning of a Thai Navy Seal emphasised the risks for these novice divers who would have to swim through dark, narrow passages.

Surely at this point millions of people of all faiths, and none, were moved to start praying. Finally on 10th July, thanks to a massive international effort, the Wild Boar football team had all been brought to the surface! They escaped just hours before monsoon rainfall inundated the entire cave system.

By the time you read this I expect these youngsters will have become international TV celebrities and their story will be turned into a Hollywood blockbuster. The two British cave divers Rick Stanton and John Volanthen certainly deserve a medal of some kind. (Rick and I have met more than once although I reluctantly decided to resign from the local cave rescue team in 2014 when joining the Churn Valley Benefice.) In the end the lads were brought out by an international team of cave divers who were supported by countless others. Let’s not forget to thank God for holding off the monsoon rains which could so easily have claimed the lives of many people underground during the last few days.

Caves are, to misquote Star Trek: “The final frontier”… where ordinary people can “boldly go where no man has gone before”. Once in the 1970s I too was caught out by heavy rainfall and was trapped with two friends for 13 hours inside a flooded cave. Our innocent adventure had turned into a nightmare. We were just like: “Those who dwelt in the land of the shadow of death.” However, I will always be grateful to friends who risked their lives to come and get us out safely. As soon as we saw the leader of the Upper Wharfedale Fell Rescue Team, with his extraordinary bright light, we knew that all would be well.

I wonder if a parallel can be drawn between these cave rescue stories and the Christian Gospel? The sort of darkness I mean is not so much physical as spiritual. Countless generations of our ancestors had faith in a higher being but today our prevailing culture has become ignorant and apathetic towards God. Some people seem to have a stubborn, short-sighted determination to ignore the light that is available through the Bible’s teaching. In attempting to free themselves from God’s rule they inevitably end up in a far worse state of entrapment. Human sin can take many forms from mass murder at one extreme to the more respectable sin of being a workaholic at the other extreme. Sin easily becomes habit forming and near impossible to escape.

The Bible teaches that people cannot save themselves but the good news is that God has come to our rescue! Some 2,000 years ago a Saviour was born who perfectly fulfilled all that had been prophesied in the Hebrew Bible. At Christmas our church services often start with a reading from the Gospel according to Saint John which speaks of Jesus in glowing terms: “… in him was life, and the life was the light of all people. The light shines in the darkness, and the darkness did not overcome it.” At any time and any place, however dark the circumstances, the light of Jesus Christ is still shining and can truly set people free.