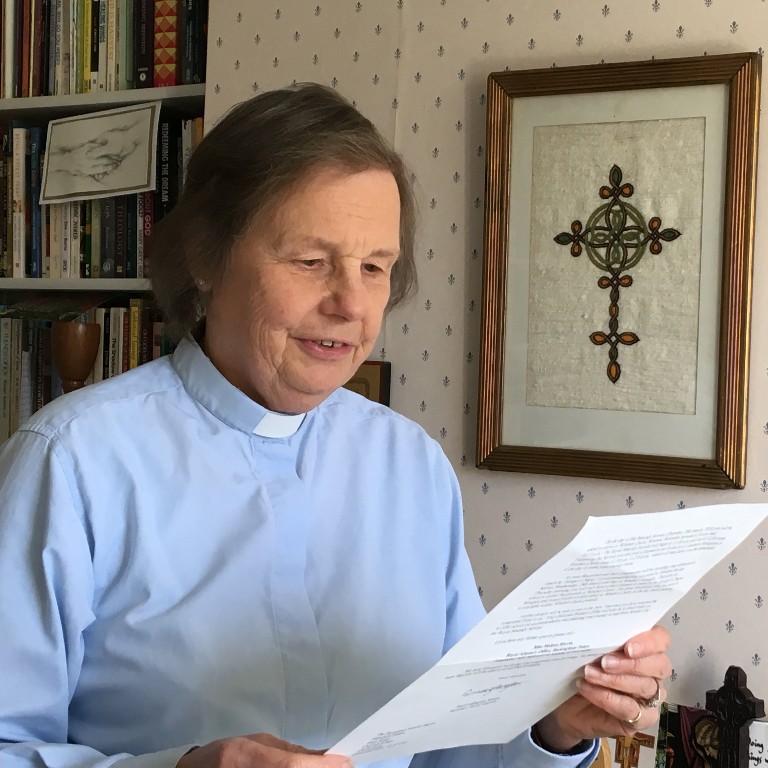 Four people from Gloucestershire have been nominated by the Bishop of Gloucester to receive Royal Maundy Gifts from the Queen.

All of the people who have been nominated from the Diocese of Gloucester this year are members of the Company of St Kyneburga, an organisation which recognises exceptional service to their community.

The red purse contains a £5 coin, commemorating four generations of royalty and a 50p coin commemorating the Representation of the People Act 1918 (an Act of Parliament passed to reform the electoral system in Great Britain and Ireland). Both coins have been minted in 2018. Historically, this sum of £5.50 in the red purse is made up of £3 for clothing, £1.50 in lieu of provisions and £1 for the redemption of the Sovereign’s gown, which before Tudor times, used to be divided between the recipients.

The white purse contains uniquely minted Maundy Money. This takes the form of one, two, three and four silver penny pieces, the sum of which equals the number of years of the monarch’s age. This year, 92 pennies of silver coins (nine sets of 10p per set and a two pence piece) will be given out.

92 men and 92 women have been chosen from across England and Scotland – the precise number of recipients is equal to the monarch’s age. Following the service they will attend a lunch reception in Windsor Castle.

The Bishop of Gloucester, the Rt Revd Rachel Treweek made the nominations. She said, “I was delighted to be able to nominate Graham, Chris, Jean and Felicity to be recognised by the Queen for their long-standing service to the people of Gloucestershire.  Each of these people has made a significant contribution to the ministry of the Church and the flourishing of their local communities and we are thankful for their ministry in this Diocese.”