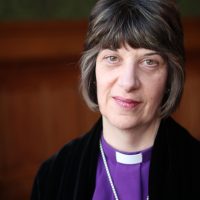 A statement from the Bishop of Gloucester, the Right Revd Rachel Treweek in response to the In your face research by the YMCA released today

“The YMCA In your face research, is a shocking wake-up call to a culture in today’s society, which promotes the negative judging of others, all based on appearance. As highlighted in this research the consequences of this bullying for young people and their mental health is extremely damaging. Much of what I have read in this vital research is sadly echoed in the conversations I have had with young people, particularly focussed on the role social media plays in this issue. At the last school I visited as part of my liedentity campaign, pupils spoke about their experiences of Sarahah. Much of what was said is reflected in this research including the fact that it enabled a tirade of negative abuse from anonymous users, much of which was offensive and contributed to feelings of inadequacy and body image anxiety. While the young people spoke of abuse on other apps, they described Sarahah as being the worst. I would urge parents, guardians and schools to discourage the use of this app and to sign an online petition to ban it –https://www.change.org/p/app-store-google-play-ban-apps-like-sarahah-where-my-daughter-was-told-to-kill-herself

I would also encourage secondary schools to sign up to the BE Real campaign and use the excellent Body Confidence Campaign toolkit. By giving the time to listen to young people talk about these issues and then providing practical ways to address them, we can really make a difference to change the prevailing culture and build confidence in young people.”