Four people will be made ‘Canons’ at Gloucester Cathedral on Thursday 4 October, including one person who was brought up atheist.

Being made an Honorary Canon is a recognition of that these people have played a role in the wider life of the church in the area and is awarded in recognition of long and dedicated service to the local church. Canons become one of 24 members of the ‘College of Canons’ who work to strengthen the links between the Bishop, her Cathedral and the parishes and to enrich the life of the diocese.

The new Honorary Canons are; the Revd John Ward, Rector of St James’, Quedgeley, the Revd Denise Hyde, Associate Priest in the South Cotswolds Team Ministry, the Revd Ian Bussell, Diocesan Director of Ordinands and Deputy Director of Mission and Ministry and Emily Shepherd (Honorary Lay Canon) who is the Chapter Steward and Chief Operating Officer of Gloucester Cathedral.

They will be installed at the Evensong service in the Quire of Gloucester Cathedral on Thursday 4 October at 5.30pm. All are welcome to attend. 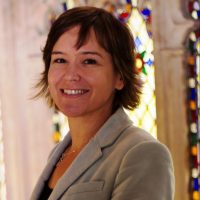 Emily Shepherd, the Chief Operating Officer of Gloucester Cathedral, was brought up an atheist and did not become a Christian until her early 20s. She is the most senior non-ordained (lay) executive officer at the Cathedral, responsible for managing its people, resources, fabric and operations.

She said, “I was surprised and honoured to receive Bishop Rachel’s invitation and look forward to further developing the ways I can serve the Cathedral and Diocese. I am constantly amazed at the blessings God has given me and the grace and generosity I experience here every day.” 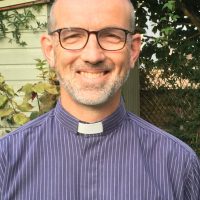 The Revd Ian Bussell said, “Before I was ordained, my vicar told me ‘a priest is someone who enables other people to do interesting things’. That chimed with my sense of vocation. Since then psychotherapy, teaching, spiritual direction, and coaching have all been part of my call, and all useful in my current role of DDO and co-ordinator of curate training. I’m honoured to be asked to be an honorary canon and I hope I can support this unique space and community to continue to be a place and a people where others can do ‘interesting things’. 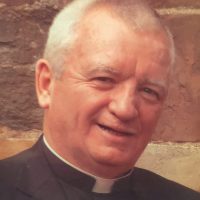 The Revd John Ward’s first appointment in Gloucester was as Rector of the benefice of Seven Towers in 2004 and has been Rector in Quedgeley and Kingsway since 2012.

He said, “It has been a delight to serve in this diocese with its positive faithfulness and it’s Life Vision which is expressed in the various richness and forms of faiths diversity. I have gratefully found the diocese to be a caring diocese, and feel I have been blessed in the two bishops I have served since beginning my ministry in this diocese.” 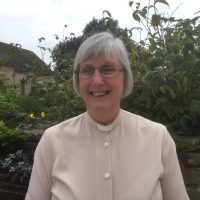 The Revd Denise Hyde works full time at the Harnhill Centre of Christian Healing in Cirencester, and has been involved in the life of St Mary’s, Fairford, since 1971. Denise’s ministry focuses on baptisms and preparing the families who bring their children to be christened, as well as prayer groups and healing ministry.

She said, “My invitation to become a Canon came as a complete surprise and I am humbled by this great honour and blessing being presented to me.”