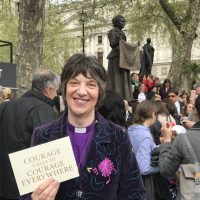 On our Advent journey we proclaim the coming of Christ, both in the past as a tiny baby, the Word made flesh, and in a time yet to come when God’s kingdom will be fully here on earth as in heaven.

As we live the present, the Advent Sunday reading from Paul’s letter to the Romans exhorts us to ‘put on the armour of light’ (Romans 13:12). One beautiful image which helps me reflect on that is a picture in the Advent Sunday reading from the book of the prophet Isaiah of swords being beaten into ploughshares and spears into pruning hooks (Isaiah 2:4). Weapons of destruction are transformed into things of creativity and fruitfulness, and there is something extraordinary generous and liberating in that image of hope.

In recent weeks we have heard the word ‘weaponising’ applied to people’s words and actions of attack, accusation, and blame, which have added to the darkness. Fracture and division are evident within our world, our country and our local communities, and whilst the issue of Withdrawal from the European Union has been a focus for this it has also been a catalyst for fearful malice which seems to have been lurking in the shadows. The attack on individuals, particularly MPs, has been shocking and particularly evident in the sphere of social media as well as in public discourse and within the chambers of Westminster.

All our words and actions have an impact. Every choice we make, every moment of each day, says something about what we are for, or what we are against, or what we feel indifferent about. Even the smallest word or action can be a destructive weapon or an instrument of new possibilities for people and places, near at hand or far away.

I am aware that following political events of past months, many people are feeling frustrated and powerless. Yet I am struck by the danger of succumbing to a sense of impotence. Every one of us influences the shape of our communities and our life together in this country through who we are and what we say and do. That is true too of our small, perhaps seemingly insignificant vote.

The beginning of Advent was also the sixth anniversary of the death of Nelson Mandela, the anti-apartheid activist who became South Africa’s first black head of state following the first fully representative democratic election in 1994.

In August I had the privilege of preaching in the church in South Africa where I was on placement just before I was ordained deacon in 1994, and I recalled being with many older people who were about to vote for the first time in their lives.

A statue of Nelson Mandela stands in Parliament Square, and as of last year, it stands close by a statue of a woman, Millicent Fawcett. She was a leading suffragist who campaigned for women’s right to vote. I was present at the unveiling of her statue to mark the centenary of the 1918 Representation of the People Act which gave some women the right to vote.

As we approach this general election there will be a whole range of thoughts and emotions but I would urge you to use your vote, which for many of us was hard-won.  Every decision has consequences.

This election is not easy, as truth and trust are at a low ebb, and hope often seems hidden from view, and it is made all the harder when manifestoes and campaign words so often seem to be weapons against something rather than tools of possibility for something.

Amid the personalities and lives of individual politicians, we must not lose sight of the truth that whatever else we are doing, we are most certainly voting for a government and we will each need to think carefully about what our vote will mean. This is not a binary-question referendum, and in all that this general election is about it is most certainly about the poor, those who are othered, those who are too young to vote, those who are too frail to vote, and the earth which cries out but which cannot speak.

And when ballot boxes are emptied and votes have been counted and a new government formed, may we as individuals and as worshipping communities go on attending to how we beat swords into ploughshares and spears into pruning hooks for the good of people and place as we shape the sort of communities and country we want to be.

In these days of Advent let us be hope-filled disciples of Jesus Christ as we bear witness to God’s generous love, mercy, justice, and peace, confident in the coming of Christ, past, and future.

This comes with my continued thanks and prayers, 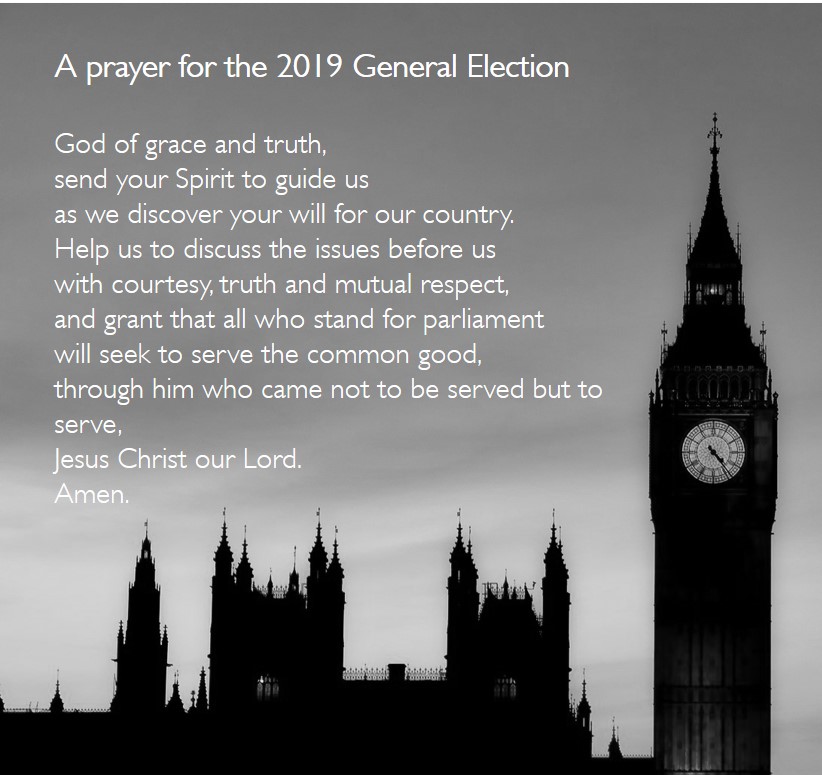 5 thoughts on “The General Election”