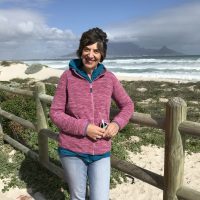 I am now nearing the end of my sabbatical which has continued to be a time of restoration, reflection and wonderful reconnection with people and places as I have focused on the theme of ‘Encounter’.

Following some precious days in Scotland and London with family and friends I have just returned from two weeks in South Africa in the Cape.

I first visited South Africa in the March and April of 1994 just prior to being ordained deacon. At the time I was undertaking a placement at Saint Saviour’s 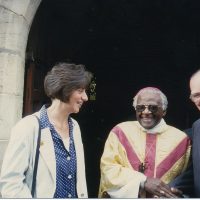 Claremont, and those weeks leading up to the first democratic elections after the official end of apartheid were highly significant in my personal formation.

I have since visited the Cape and Soweto on a number of occasions and in 2015 was intentional in my choice of an episcopal ring made by a jeweller who set up a jewellery project aiming to empower people in Soweto. 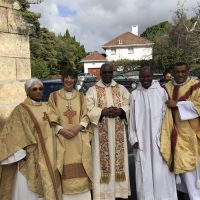 On my recent visit to South Africa it was wonderful to be back in Claremont and to preach at St Saviour’s patronal festival. Among other things I also visited the Desmond and Leah Tutu Legacy Foundation in Cape Town where I was privileged to be taken into the archives room which houses all of Desmond Tutu’s handwritten notebooks, sermons, speeches etc. I had hoped to meet with him again but sadly this was not possible.

Whilst I was in South Africa I spent a special morning in Herschel girls’ school. The chaplain, the Revd Lorna Lavarello-Smith, had heard of my ‘Liedentity’ work in 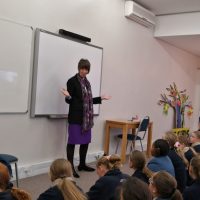 England and had invited me into the school. After participating in morning worship focused on Psalm 139 the morning was divided between the senior and younger girls exploring self-worth. They were great at engaging with the material and were willing to be quite vulnerable with one another. I also loved responding to all their questions about me and my story which opened up conversation about every person of every age, colour and background being unique, precious to God, made in God’s image and loved and known by name. I spoke about each of us becoming the person we have been created to be and reflected on how I had learned much about these truths when I was in South Africa amid the politics and stories of 1994 whilst having  no idea then of the chapters which would unfold in my own story.

My sabbatical ends on September 3rd and I am looking forward to re-engaging with the Diocese. In the meantime, people, places and situations remain in my prayers as I continue to pray for us all to discover and share life in all its fullness, rooted and grounded in the love and hope of Jesus Christ. 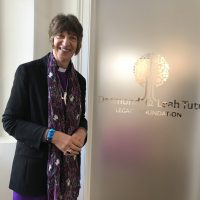 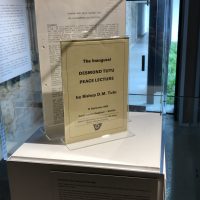