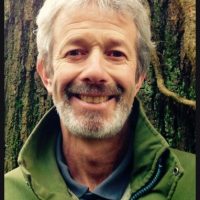 The Church on the Street in Coleford is opening up for drop-in sessions and a talk by a local councillor after the Forest of Dean District Council declared a climate emergency.

The recent heat wave reminds us that the 20 warmest years on record have been in the past 22 years, with the last four years the warmest.

With this in mind, a diverse group of people in the Forest of Dean are working together to open a climate emergency drop-in centre.

Anyone with an interest in tackling climate change is being welcomed to drop into Church on the Street, 6a St. John Street, Coleford.

The Drop In opened on Wednesday 31st July and volunteers are on hand from 10am to 4pm to talk about climate change and listen to your ideas about what can be done locally to make a difference to the future of our planet.

Mark Bick, local lay reader and coordinator of the climate emergency drop-in centre said, “Our local district council recently declared a Climate Emergency and I know that many people around Forest of Dean share the view that it’s a real emergency which needs our action.

“As a parent I started talking to other mums and dads at local baby groups and we decided we could do something together. We want to give our community the chance to ask questions, share their views and hopefully take away some tips on how to reduce their own carbon footprint.

“The drop-in centre is a safe space where everyone is welcome. Come along on 31st July from 10am for a tea, a coffee, a biscuit and a chat.”

The Church has offered the group use of its Church on the Street premise until the end of the summer. A local artist has installed a window display and further support has come from local mural artist Tom Cousins who has painted the drop-in a special sign.

One of the volunteers is Becky Duberley, a mental health nurse and a mum of two with local roots going back generations. Becky said, “I got involved as it is such a pressing issue that does not seem to be getting through to a lot of people. More involvement is needed from the general public, big business and government. It’s important to me and it’s important for my children’s future.”

Anyone interested in joining the volunteer team should email

Chris McFarling is Joint Deputy Leader of Forest of Dean District Council and Cabinet Member for Climate Emergency; he was the driving force behind the declaration by the Council of a climate emergency and is leading the work to implement change.

He has agreed to speak and take questions at Church on the Street, 6a St. John Street, Coleford on Wednesday 28 August at 7.30pm.

He says: “I will be giving a personal take on where I am as an ordinary citizen in extraordinary times, with respect to the climate emergency. I was brought up in love with the natural world and am frightened by the prospect of losing it”

Chris is passionate about the need for action at all levels and sees this as a far broader issue than any political affiliations or official roles. In his speech at the Council debate where the climate emergency was declared he explained:

This is a free event as part of Climate Emergency Drop in.