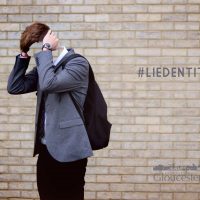 The recent findings from the Children’s Society Good Childhood report are a real wake up call to the unhappiness of young people in our country.

The findings around boys being unhappy with their appearance are unfortunately not a shock to us in the Diocese of Gloucester. For the last three years we have discovered through our #liedentity campaign that pressures to look a certain way affect boys just as much as girls.

We have learnt through #liedentity that boys usually idolise the bodies of professional sports players and feel inadequate about how they look. Most boys are affected by what they see on social media, although advertising also plays a big part.

Through Bishop Rachel’s campaigning we hope to change the message that who you are, is all about how you look and we are proud of the partnership work we have done with the Children’s Society to raise awareness of these issues and develop resources to encourage positive self-esteem.