Takisha Sargent, a young person in the Diocese of Gloucester, shares why all lives can’t matter until black lives matter.

She says, “I’d like to take this time to tell you about the honest realities of what it’s like to grow up in England black.”

Takisha is a member of the congregation at St Peter’s, Newnham and is reading music at Cardiff University.

Sowing the seeds of God’s word

Much more to a wedding than the dress! 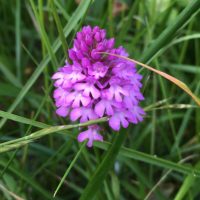 Let your garden (or churchyard) grow