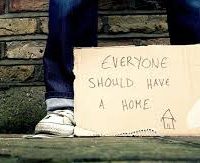 A delegation from the Safe Homes for Women Leaving Prison Initiative, which is calling for an end to the discharge of women prisoners into homelessness, met with Lucy Frazer QC MP, Minister of State for Justice, to discuss their report into this issue, released in October 2020.

The report sets out the problem of thousands of women being released from prison with just £46, a plastic bag and a significant risk of a return to custody if they miss their probation appointments. The report made a range of recommendations to address this scandal and set out examples of best practice.

“It is simply unacceptable that any woman is discharged into homelessness with all the risks of harm and re-offending that entails. We were pleased to have been afforded the opportunity to meet with the Minister who listened sympathetically to our argument for a more successful approach to tackle this serious issue.”

“We are delighted that the Minister agreed that cross-government working, with the support of local authorities and other stakeholders, is essential to solving the problem and was happy to share our recommendations with her counterpart at the Ministry of Housing, Communities and Local Government.”

“We are also grateful to the Minister for agreeing to meet with us again in three months’ time to discuss progress towards ensuring that all women have somewhere safe and secure to live.”

During the meeting, the delegation highlighted the importance of a cross-government approach to preventing vulnerable women being released from prison to homelessness and that initiatives to tackle domestic violence, reduce homelessness and reduce re-offending have a gender-specific approach. Attendees also raised concerns about the lack of precise data and definitions, which prevent accurate measurement of the problem.

The report recommended measures including a review of the ‘duty to refer’ in the Homelessness Reduction Act (2017), designating responsibility for arranging women’s accommodation on release from prison, setting an agreed target time period for women to be in settled accommodation post-release and an increase in the prison discharge grant to £80, the level provided as part of the End of Custody Temporary Release scheme implemented in response to Covid-19.

“During the five years that I have been working at HMP Bronzefield I have seen the same homeless women return time and time again in despair, unable to ever break out of their life of misery.”

“By far the majority are victims of abuse and many tell me that they commit crimes to return to prison to have a bed to sleep in or to escape from the fear of being raped on the streets. Sadly, many arrive with evidence of a recent assault.”

“The average age of death for a homeless woman is 43 and I am told that using drugs is the only way many can cope with their reality. It is imperative that the Government work to end this distressing situation and ensure no woman is discharged from prison to homelessness”

“I would like to thank the Minister for meeting with us today and for recognising the gender-specific nature of the offending behaviour of women, their experience of the criminal justice system and their needs more broadly.”

“I was pleased to have such a constructive and productive conversation and grateful that this grave issue impacting thousands of vulnerable women across the UK is being taken seriously by the Government. I look forward to supporting future work to combat this problem.”