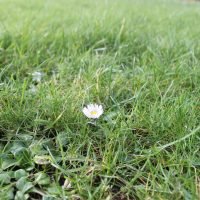 Diocesan Synod has declared a climate emergency and agreed to bring forward dates for reducing emissions by 20 years.

Synod called on all parts of the diocese to work towards an 80 per cent reduction in emissions of CO2 and other greenhouse gases no later than 2030. Synod also supported an ambition for the diocese to be carbon neutral by the same date.

The agreement brought forward the date from 2050 to 2030, meaning that a fast and extensive shift in our current practices will be needed.

How can you be a part of it? Want some inspiration? Take a look at some of the ways that people are making a difference locally with our Environment roundup leaflet and try the Church of England’s #livelent Lent campaign on the environment.

The motion which was approved on Saturday 1 February 20202 was that this synod:

• recognises we are facing a climate and ecological emergency which is a crisis for the whole of God’s creation and;

• calls on all parts of the Diocese of Gloucester to work towards an 80 per cent reduction in emissions of CO2 and other greenhouse gases no later than 2030 based on 2006 data (replacing the current target of an 80% reduction by 2050), and to take other measures in order to be carbon neutral, also by 2030.