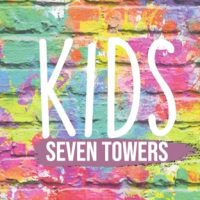 In the Seven Towers Benefice, you can count the children who regularly come to church on one hand. Undeterred, the seven-strong children and youth ministry team are dedicated to supporting their young people and sharing worship with them.

Team member Carina Murrison, said, “When it came to lockdown, church went online and everyone was doing Zoom services every week, which was great, but we realised that the kids weren’t getting anything. We’ve got goddaughters in the benefice and we want to see them grow.

“So often, when thinking about trying to include children and reach out to them, we are guilty of trying to make children ‘fit in’ to what we as adults find encouraging for our faith. We freely admit that maybe children’s work in our church benefice wasn’t necessarily at its strongest at the beginning of lockdown but that didn’t mean that it couldn’t move forward.”

The children and young people’s (CYP) team only came into being about 18 months ago. Revd Suzanne, the Rector at Seven Towers, wanted to build some cross-benefice teams. There are now seven people on the team.

Fionn Humphris, one of the newest members, whose day job is in a primary school, said that Revd Suzanne’s enthusiasm is infectious.  Fionn said, “Revd Suzanne wanted everyone to get involved in a team. My day job is in a school and I love working with children so this seemed like the natural choice for me.”

Carina said, “As a CYP team, we were keen to use the opportunity of lockdown to make changes to the way that we reach, teach and feed our youngest members of our church family. We were no longer confined by a physical building, specific church times or lengths of services so we had a fresh opportunity to try something new.  We’re a predominantly older congregation and the number of children are in single figures, ranging in age from just over 1 year to around 11, so there’s a very wide range of ages.”

The team took their services online. Initially all the services were scripted by Carina, but as the team’s confidence grew, the work has been shared more evenly across the team. The services follow a pattern of a welcome, song, challenges, a story with questions, a memory verse,  creative prayer and another song.

Jordan Murrison said that communication with their audience is key. “We’re asking parents every few videos, what works, what doesn’t, when are the children dropping out… because there’s no point in just continuously churning out the same thing. Over video, you don’t get immediate feedback. When you’re doing this ministry normally, you’d be engaged with kids, you can see the reaction and there’s interaction there… that has been a challenge for us. We know that the ministry is having an effect, but it’s nice to be able to see it physically.”

Carina continued, “Feedback has been really positive. We’ll often speak to the parents and they will give us that boost. They send us a video of the kids joining in with the dancing. For the foreseeable future we think we will carry on with our video series as a lot of our families have said that entering a church building isn’t something that they would be keen to do with children at this stage. Also it allows us to appeal to the children in a fun and age appropriate way that can be more challenging, but not impossible, within the constraints of a service.

“One amazing story is of a little girl who started watching the videos and has been on a faith journey. Since watching the videos, she’s been asking to pray before food and pray at bedtime, and obviously that’s not all down to us at all, but when a four year old is saying that kind of thing, you’ve got to keep doing it.”

Fionn concluded, “If there was one thing I’d like people to pray about for our team, it’s for some Christmas inspiration! My younger sister normally narrates the nativity, and last year we were joking about doing a Nativity like the film, having her winched down from the ceiling of the church! It’s such a good service and we’ll be so disappointed if we can’t do something good!”

You can watch the team’s videos on their Seven Towers YouTube channel. 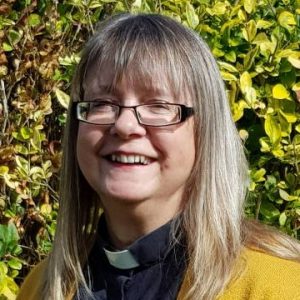