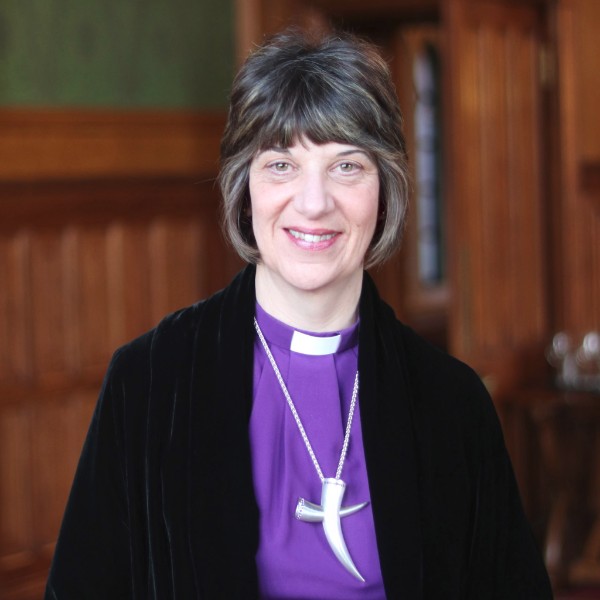 On Wednesday I had the privilege of being with some women expressing a love of Jesus Christ. Women not in pain in a garden at a tomb, but women in pain in prison, struggling to manage their expectations in the coming weeks and months.

Theirs is a particular situation as they find themselves in a pandemic, locked up for 23 hours in their cells each day. Yet, for everyone, in many different situations, it has been a year of the unexpected.

This time last year we were just getting our heads round the fact that Brexit was going to happen, and then that headline was replaced by the unexpected news of a viral pandemic and the instruction to go into lockdown. And since then, there have been so many twists and turns. Different groups of people have had to live with unexpected decisions ranging from education and exams, through to unexpected decisions around sports and pubs and shops, and even places of worship.

As for those who were due to get married last year, I don’t think many of them expected that they might be rearranging their wedding two or three times. And of course, this time last year so many people did not expect to be bereaved or to face so much loss and sadness.

Yet, the unexpected has not all been painfully shocking. Last year I certainly had no expectation of receiving my first dose of an effective vaccine by today.

Of course, the unexpected happens even when we are not in a viral pandemic. Life is always marked by events which shock or surprise us.

The events of God coming to earth and the breaking in of the kingdom of God is a story full of the unexpected. And it’s a story Jesus’ first followers went on to share across the world, as we heard in our reading from Acts some time after the first Easter.

Jesus Christ’s first followers had never expected Jesus to appear in their lives, let alone that they would be called to join him – ordinary people, several of them fishermen, probably with not too many expectations in life.

But then once they had been with this teacher and leader for a while, they did begin to have expectations, even daring to believe that he was the Messiah and that through him wrongs were going to be righted and there was going to be transformation. All that hope of political change was present as Jesus rode into Roman-occupied Jerusalem that first Palm Sunday, with crowds shouting and cheering. They had dreams and new-found expectations.

But their expectations of Jesus, and indeed of themselves, are soon shattered. Judas betrays Jesus; Peter denies even knowing him, and most of Jesus’ friends simply run away. Jesus is nailed to a cross and suffers a tortuous death as darkness covers the land. Here on that first Good Friday is the total self-giving love of God in Jesus Christ.

Three days later on that first Easter day, the women who had been with Jesus, were just beginning to absorb the truth that the unexpected had happened – not a viral pandemic, but the death of a friend of whom they had expected so much. They had hoped he was the Messiah – even the Son of God – but his death has been so confusing, so devastating. And now they come to the tomb early in the morning but yet again the apparently awful unexpected has happened. This time someone has removed the stone from the entrance to the place where Jesus’ body had been laid. And worse still, the body has disappeared. It’s hardly surprising that Mary Magdalene is left weeping.

As a friend of Jesus who loved him dearly, she’s been living wave after wave of the unexpected, and even the appearance of angels isn’t quite enough to convince her of the truth. But when the unexpected stranger speaks her name, Mary is yet again confronted with the unexpected. This is not the gardener – this is Jesus himself, risen from the dead.

It’s hardly surprising Mary wants to hold onto him! She wants to grasp the moment as she longs for it to now be the new normal – no more change. Jesus being alive is unexpected but this is a wonderful new normal. Please, no more change. Of course, things can’t quite go back to how they were because so much has happened – you can’t experience the tortuous death of your friend and leader and then simply expect everything to go back to how it was when you discover he’s been raised from the dead! But surely, something of the familiar past can be expected?

And then Jesus tells Mary not to cling onto him – not to try to keep things as they are in this moment. And he speaks strange words of having to ascend to the Father. There is more of the unexpected still to come, but one thing is certain: nothing can undo Christ’s death and resurrection.

Easter morning 2021: What is it we yearn to cling on to as we struggle to find a new normal? Well, here is the paradox: Some things will never change, such as God’s forgiveness and love, stronger than death itself, whatever our past story.  Yet at the same time, God is in the business of change, and so much will change if we choose to follow Jesus Christ.

In many ways, as Mary runs to tell the disciples that she has seen the Lord, it is only the beginning of the adventure  – certainly not the end. If we stay the course, we will soon reach Ascension Day and celebrate Jesus Christ leaving the earth; and in 50 days’ time, wherever we are regarding a government road map, we will celebrate the Day of Pentecost and the coming of the Holy Spirit and the Church beginning and spreading and growing.

All of this was God’s unchanging roadmap of love and rescue.

No government roadmap or unexpected change can change the coming of God’s kingdom, even now here among us. And amid the pain and joy of the expected and the unexpected, we are invited to have expectant and hope-filled hearts.

I pray that for those women in prison. I pray it too for us – for you.

In your tears and your laughter, I pray you will be expectant to hear Christ speaking your name with love and, as with Mary, that you will have the courage to join in the adventure with God, daring to trust that in your places of struggle and your places of delight, nothing can overcome the light and life of Christ. Amen

Conservation pitfalls and how to avoid them

What are you giving the planet for Christmas?

Carols on the hour at Gloucester Cathedral
11 Dec