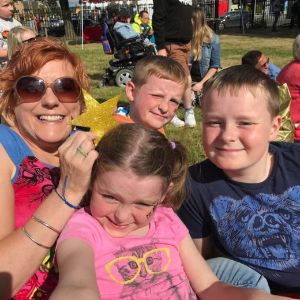 On 11 September 2021, the streets of Whaddon will be alive with music, colour and fun with the free summer celebration from the Cheltenham Christian Arts Festival.

The Festival of Stars starts at 2pm at the Whaddon Recreational Land in Cheltenham and goes on until 10pm.

One of the organisers, Rebecca Donaldson, speaking to Richard Atkins on BBC Radio Gloucestershire said, “It’s just so lovely to be able to look forward to something live, open-air and community focussed again. It will be a smorgasbord of fun!”

Listen to the interview on BBC Radio Gloucestershire here —> from 2 hours 40 into the show.

Confirmed in the line up so far are:

There are lots of ways to try new things and get involved with the fun. From a dog show, to an open mic competition to show off your musical or stand up skills, to multicultural workshops to learn Arabic, Mandarin, French and Italian songs, there are plenty of new things to see and do.

The event is hosted by Richard Atkins, Faith Producer at BBC Radio Gloucestershire.

Enjoy the festival food and the atmosphere of a community celebration again. For the latest information on the Festival visit the Christian Arts Festival website.