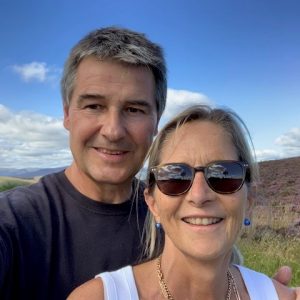 A #OneDiocese blog by the Revd Tim Hastie-Smith, Vicar of Bibury with Winson and Barnsley and Diocesan Missioner for New Worshipping Communities.

“On Wednesday last week, my family and I were scattering the ashes of my father, who died last year, on what would have been his 90th birthday. In attendance was the latest addition to the family, our new grandson, Charlie. He had arrived on his parents’ bathroom floor only three days earlier, his mother, our daughter Emily, having boldly declared just 45 minutes earlier, ‘I’m just going to pop down to the shops to get some lunch’!

“Charlie’s attendance at this event reminded me of one of my father’s favourite anecdotes, which involved him looking after an aged Sir Winston Churchill. My father worked for Christopher Soames, Churchill’s son in law. Churchill was visiting the Admiralty where Christopher had an office. Churchill was very chatty and, wandering down Memory Lane, told my pa, “I had some real rows with Jackie Fisher in this room. Great man Fisher. He was admitted to the Navy by one of Nelson’s captains.”

“My father loved the fact that in that one statement he travelled back over 150 years, from 1960 to 1810, speaking with an elderly Churchill who knew an aged Fisher who knew one of Nelson’s young captains (in his old age) He was suddenly within touching distance of a different age.

“God willing, young Charlie will still be around in the twenty-second century. Just as Nelson could not have even begun to have imagined the world of 1960, so it is almost impossible for us to imagine the world of 2210. But it will be different. Very different. And the journey to that place will involve innumerable small changes and probably a few big ones. And just as the Church of 1810, and the Christian landscape of England was very different to that of today, so 2210 will be a little different.

“All this is by way of trying to explain my role as ‘Diocesan Missioner for New Worshipping Communities’ a role that is about the inevitability and necessity of change, development and transformation, that builds on what has gone before. And a willingness to take small steps, the outcome of which we may never see, but which those who come after us, will be grateful that we took. And trying to be imaginative and faithful, above all as we try not just to engage with the 95% of the population who are non-churchgoers, but who God loves and created, but to try and see the Church and the world through their God-anointed eyes, and to try to act accordingly. 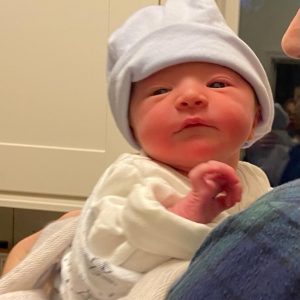 “Almost half of my life has been spent in the Diocese of Gloucester, yet it is only in recent months that I have begun to discover some of its hidden delights, from Coleford to Thornbury, from College Green to Meon Vale, and so much in between. And in that journey, I have been constantly amazed and challenged by the way that adaption, change and growth are being explored and embraced in myriad different ways.

“My life has been rooted in tradition and conservatism, School Chaplain, Headmaster, Cotswold villages, Victorian Missionary organisation, and yet each turn of the tides has opened my eyes ever wider to the truth that it is God who is in control not me, (Why do apparently obvious truths take so long to learn?) and that God’s timing is not mine. And that God is faithful. As Count Tancredi observes in Giuseppe di Lampedusa’s The Leopard. “For things to stay the same, everything must change.” And whilst my youthful certainties and conservatism have been gently and sometimes roughly chipped away, the wisdom of those words has become ever clearer. Love and relationship. How extraordinary that Julian of Norwich had to become an Anchorite to discover that.

“So young Charlie, my hope, prayer and expectation is that on 10 October 2201, as you grumpily celebrate your 80th birthday, everything will have changed, and nothing will have changed, and that you will be able to both forgive us our many errors and misunderstandings but might be grateful for the things we did in the belief that you and your grandchildren will be the beneficiaries.”