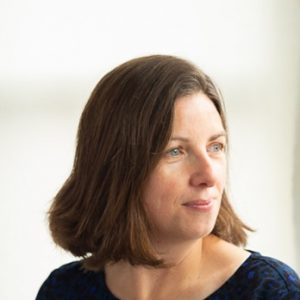 Anti-Slavery Day is on 18 October and we’re encouraging everyone to take the Make It Slavery Free pledge either on the day, or at a time that works for you.

Becca Faal, the Diocesan Strategic Lead for Safeguarding Training and Learning, is a project lead with The Clewer Initiative, the Church of England’s anti-slavery work. In this OneDiocese blog, she tells us where her calling to protect people from exploitation came from.

“I have a picture of me when I was about three, dressed as a nurse. Even back then, I had a calling to look after people and to support people to be who they are able to be.

“I have worked as a children’s nurse. I’ve worked for the NSPCC. I’ve always, in my professional and faith life, felt strongly that people should be allowed to be the individual they were made to be – to live as they were made to be. Anything that goes against that, whether that be abuse or modern slavery or whatever, is wrong… and anything I can do to protect them, but also to inform people of their rights, is important to me.

“I have a real heart for international as well as local issues. As part of my Master’s degree in safeguarding, I worked with children, helping to give them knowledge that would help them to know their rights and to protect themselves against exploitation.”

Becca has worked with The Clewer Initiative for the last four or five years. Her role involves raising awareness of modern slavery, running training and sitting on the Gloucestershire Anti-Slavery Partnership (a group consisting of police, charities etc who are working together to end modern slavery).

Becca said, “I believe everyone has a right to flourish and the right to be an individual. Everyone has a role to play in this life and is entitled to live life to the full. I believe this both from a human rights perspective and from a Biblical perspective – everyone is made in God’s image and should be valued.”

Becca’s faith has a huge impact on her daily working life. “I was brought up in the Christian faith but I left Church for a period of time. I now worship at Cheltenham Network Church.

“The Bible tells us we need to be wise as serpents and as innocent as doves (Matthew 10:16). Whenever I am shopping I try to Make It Slavery Free – I think about whether something is Fairtrade, ethical, and whether I actually need to buy all this stuff. In many supply chains, slaves will have been involved.

“But we also need to be wise. People who exploit others are criminals and are very manipulative and clever in how they exploit. We have to keep ourselves informed about what to look out for because it changes all the time. At one stage, kids being out of school during school time was an indicator of potential abuse. Once that information is widely known, people who exploit children start to realise and so they say to the kids, ‘no, you’ve got to do this after school’. Things change all the time.

“The power of the work that I do with The Clewer Initiative is that the materials help to demonstrate to people that modern slavery is not right, there is another way.

“People like to think it doesn’t happen in their own area because it’s horrible. You don’t want to think that the child you see cycling around handing a package to an adult is being exploited, but that’s criminal exploitation – that’s modern slavery. You don’t want to think that the person who’s not dressed properly and is working in a car wash is being exploited, but that’s the reality, so we need to be the eyes and ears on the ground and we need to report it.

“If you were to focus on just one thing this Anti-Slavery Day, I would say to educate yourself. People need to have an understanding of what modern slavery looks like, so they know how to recognise it and how to respond.

“Any action, no matter how small, could change or save the life of somebody in desperate circumstances.

“You could watch the Invisible video or do the e-learning on the Church of England’s Safeguarding Portal. Modern slavery is another form of abuse and we respond to it in the same way we would respond to any form of abuse – recognising, responding, recording, referring and speaking to the Safeguarding team.”

If you see something that’s worrying you and don’t know who to go to, come to the diocesan Safeguarding team and we can advise you.