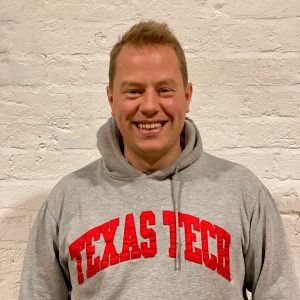 In this #OneDiocese blog, Will Mansell, Pioneer Minister and Founder of the GRACE Network Social Enterprise shares his passion for creating social change through faith and action.

“Every single person in the world has a why. A reason for getting out of bed in the morning and a sense of who they are and what they should do, day by day.  This is the short outline of my why.

“As I grew into adulthood I realised that my sense of being was motivated by a feeling of discontent between what the world could be, compared to what it currently is.

“To me, the world doesn’t seem right, it seems broken, unfinished, unfair and unhelpful. On a personal, community and global scale, things are not working.

“I felt a desire and sense of purpose to do my part to shape the world into a more hopeful and peaceful reality for myself, the people around me and the wider community.

“I studied theology and public policy, began working in politics, ran a charity and even, briefly, interned in social finance. Nothing worked to fully answer this question or give enough hope that this problem would be fixed. They felt like plasters at best and distractions at worse.

“Every manifesto that was written seemed to be either self-serving of those that wrote it, or a nod to the problem that quickly returned to the safe ground of compromise. Yet those who feel lost, lonely, hopeless or poor don’t want compromise, they want power and agency to change. However, the manifesto of Jesus of Nazareth that I rediscovered in my early 20s, spoke to the sense of a more hopeful future that I long for.

God’s Spirit is on me;

to bring a message of hope to the vulnerable,

to set free those who feel trapped,

to heal the battered and broken

to release those oppressed by injustice

to offer a new life, a new way to live.

“I decided again that perhaps religion was the answer (this was a quote from the Bible after all)? I had attended church all my life and this spiritual training and journey was probably the genesis of my sense that the world could be better. After all, life in all its fullness is one of  Jesus’ most alluring offers.

“I began to help lead a small local church and as time went on I would pray, go to church on a Sunday and then try to encourage people to be better citizens individually and collectively. The problem was although some people grew, the wider community kept on existing in its broken state and the world just rolled on, seemingly crushing people into despair and trouble.

“I began to be convinced that to create the conditions for change in the world, we needed to change our economy as that was the seat for so much power. If people have a job with a social purpose it can give them meaning. A good workplace can give you community. A good employer invests in its staff to see them grow in skills, confidence and leadership. I started to dabble in social enterprise, founding a couple myself, and rapidly ended up with a network of social enterprises based in a local warehouse. This became what is now called The Grace Network.

“My day job now is leading The Grace Network and co-leading a new monastic community called Wayfarers Monastery. The Grace Network aspires to create a network of place-based enterprise hubs that can spawn 100s of social enterprises over the next 50 years. Whilst Grace Network itself is not a religious organisation, we are pioneering a model of all-encompassing community building centred around monastic models of living.

“My sense of purpose in life, my why, has always been to help people have the space and time to grow in emotional, physical, relational, spiritual and intellectual capital and ultimately to be able to become leaders themselves. In running Grace Network for 7 years I have discerned some basic principles for this work:

“The past 2 years have seen this develop into a concept called the Seven Sacred Spaces that is borrowed from a study on monasticism by a man called George Lings.

“The Seven Sacred Spaces idea is about intentionally fostering healthy spaces for community to thrive and grow. They are about creating healthy conditions for the growth of enterprises and ideas, but more fundamentally people and community. This work in pioneering monastic practises is now done in partnership with the Diocese of Gloucester through a Bishop’s Mission Order attached to an independent charity called Wayfarers Monastery that shares the same space as The Grace Network. Together Grace Network and Wayfarers are seeking to combine a social enterprise hub with the practices of the ancient Christian ways of monasticism to explore how we can see people grow and lead a new way of living that is better for people, planet and community. We are trying to breathe new life into Jesus’ old manifesto by learning from those who have already done it before us.

“I don’t know where my journey for meaning and hope will end up but working with the Diocese and 100s of people now involved in our site in Brimscombe, I am excited to share with others and meander forward to a more hopeful reality through the power of social enterprise and the ancient rhythms of monasticism.”

Will is working with the diocese to develop local social enterprises in our communities. For more info contact Lucy Taylor,