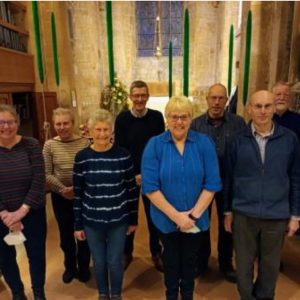 A team of bellringers in Leckhampton have laid claim to what could be a record number of ‘quarter peal’ rings at a single tower, anywhere in the world.

On 30 January, a team of 8 dedicated bell ringers rang the 2,000th quarter peal at Leckhampton since the bells were rehung in 1972.

And three of the record-breaking ringers were present at the first ‘quarter peal’ of the bells back when they were first hung in September 1972. Bernard Taylor, Hilda Ridley and Malcolm Taylor are three siblings who were all part of the original team of ringers.

The Taylor family, Eric, his wife Helen and their four children Hilda, Clare, Bernard and Malcolm, moved to Leckhampton in the late 1960s. The family took it upon themselves to fundraise and restore the bells, doing a lot of the manual work in order to keep the costs down.

The team ring a quarter peal for the Evensong service at the church, and also before the 8 am service on Christmas Day and Easter Sunday. 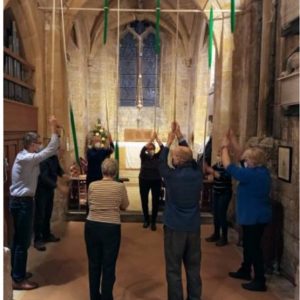 A quarter peal consists of at least 1,250 blows of each bell and takes about 40-45 minutes to complete.

Tower Captain Stuart Tomlinson said, “We are fortunate to have had a fairly strong band at Leckhampton throughout this 50 year period. So whilst we often rely on help from other local ringers, we usually have a good number from the local band in each attempt.”