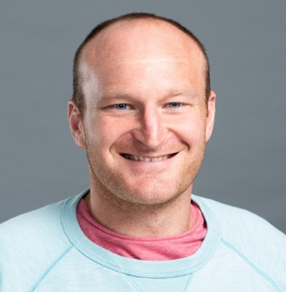 We’re looking forward to this year’s ordinations, where five new priests and eight new deacons will be ordained in Gloucester Cathedral on 18 and 19 June.

This newest generation of clergy will join others in leading churches through prayer, teaching, and worship. In doing so, they will further the mission of the Church, to be a Church for all people and for all places.

Over the coming weeks, we will be catching up with some of the people preparing to be ordained as a deacon. Ordination is the Church’s official recognition of a person’s sense of calling to be a priest or deacon and this first step into ordination will give them the authority to do certain things in the name of God and the Church.

Stefan Davies, 34, is a former independent school physics and maths teacher, whose call to ministry began while studying Physics at King’s College, London. We caught up with him just before his final exam.

How do you reconcile your expertise in science with your faith?

“For me, university was a big time of jostling between faith and science. People would tell me that I couldn’t have a faith and be serious about science. However, when I looked into it, I found this was a modern fabrication – science has historically often been the occupation of people of faith. They are the ones who expected to find an order in the world, and they were the ones who went looking for it.

“When you read Genesis 1, it’s clear that it’s not intending to be a scientific textbook. God’s focus is showing us how good he is, alongside his creating power.”

After university, Stephen taught maths and physics at an independent school for nine years, where he was part of the school’s chaplaincy team. Was school chaplaincy a good preparation for parish ministry?

“It’s very different to how I imagine parish ministry will be. Most of my chaplaincy experience was with teenagers who had not grown up with a faith. I always said that a good Bible study was one where the word Gentiles wasn’t mispronounced as genitals!

“But it was brilliant – I found it so incredibly exciting to see people coming to understand for the first time that God loved them and died for them.

“It was a small school so you could be teaching a lad maths in the morning, rugby in the afternoon, giving them a sermon in chapel, and then supervising bedtime in the evening. It was a very precious time.”

This school was where Stefan met his now wife, Charlotte, who was teaching French and Spanish. Stefan and Charlotte now have three children, Aphia, 4, Mahli, 2, and Martha who is almost 1.

How did the call to ordained ministry manifest itself?

“It was from a conviction that God had done so much for me and given me so much. I wanted to serve him with everything I was. I felt called to a leadership role within the Church and felt that I needed a very good reason to say no… and I didn’t have one.

“Lots of the call to further training was an understanding that I was not ready to take on leadership roles in the Church without learning a lot. When you’re ministering to people who have seen and suffered more in life, there is more that you need to know to equip you for that call.”

Stefan will be ordained deacon on Sunday 19 June at 10.15 am in Gloucester Cathedral. He will serve at Cheltenham, St Mary with St Matthew and St Luke.

On Saturday 18 June 2022 at 3 pm the following people will be ordained priests by the Bishop of Gloucester at Gloucester Cathedral.

On Sunday 19 June at 10.15 am the following people will be ordained deacons by the Bishop of Gloucester at Gloucester Cathedral.