You are invited to join Lord Gardiner of Kimble, Parliamentary Under Secretary of State (Minister for Rural Affairs and Biosecurity), Paul Miner, Head of Land Use and Planning at CPRE, the countryside charity, the Bishop of Tewkesbury, the Rt Revd Robert Springett and the Revd Rowena King for an evening conference on rural housing.

We believe in building strong communities and bringing people together.

We want to influence public policy to encourage best practice in the planning of housing developments.

Our “Responding to Growth” network of planners, developers, church leaders and those involved in the construction industry meets three times a year on Zoom to discuss the latest policies and research in new housing and to apply that knowledge in their work.

Please visit gloucester.anglican.org/2020/responding-to-growth for all the latest news from the Diocese of Gloucester’s Responding to Growth Network.

Biographical details of our speakers 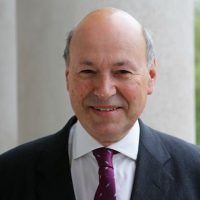 Lord Gardiner is currently Parliamentary Under Secretary of State for Rural Affairs and Biosecurity, a role he has held since July 2016.

Political career: Lord Gardiner served as Lord in Waiting from September 2012 to May 2015, and as Government Deputy Chief Whip and Captain of the Queen’s Bodyguard of the Yeomen of the Guard from May 2015 until July 2016. Lord Gardiner was raised to the Peerage in 2010 and served as Conservative party whip until being appointed to government. He served as Private Secretary to 5 successive Chairmen of the Conservative Party between 1989 and 1995.

Career outside politics: Lord Gardiner was Director of Political Affairs at the Countryside Alliance between 1995 and 2004 and Deputy Chief Executive between 2004 and 2010. He is also a partner in a family farm in Buckinghamshire. A mix arable/ grassland farm. The farm also has a point to point course which has held races since 1912. The Farm has made available land for a Rural Housing Scheme. 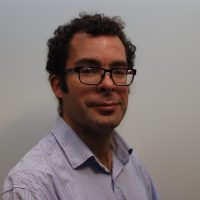 Paul Miner has worked for CPRE, the countryside charity, since 2002 and in December 2020 became Head of Land Use and Planning. This follows a long period of experience with national and strategic land-use planning from an environmental perspective. Paul co-authored the reports Green Belts: a greener future jointly with Natural England in January 2010, and From Wasted Space to Living Spaces with the University of the West of England (UWE) in November 2014. Paul also steered the production of the January 2020 Housing Design Audit for England, a major study of the quality of large new build housing estates, produced jointly with the Bartlett School of Planning at University College London (UCL) and Place Alliance. Paul has a first degree in Politics from the University of Nottingham, is a chartered town planner and served as Deputy Chair of Wildlife & Countryside Link from 2015 to 2018.

Paul has a BA in Politics from the University of Nottingham, and an MA in Town and Country Planning from UWE. Paul became a chartered member of the Royal Town Planning Institute in 2008 and Fellow of the Royal Geographical Society in 2010. Paul has a long track record of experience as a media spokesperson for CPRE and has regularly appeared on the BBC One O’ Clock television news, Radio 4 Farming Today, and has frequently been quoted in the established national and built environment specialist media. In his spare time he cooks, writes poetry and sings in Welsh choirs in London.

Robert is Bishop of Tewkesbury in the Diocese of Gloucester where among other responsibilities, he oversees the Church’s engagement in housing and new housing, an expression of a commitment to justice and inclusion that has been a passion throughout over 30 years of ordained ministry.

Rowena is a parish priest and theological educator in the North Cotswolds, serving a market town and villages with significant housing development in Gloucestershire.