Chaplain to the Bishop of Tewkesbury
Kay Mundy 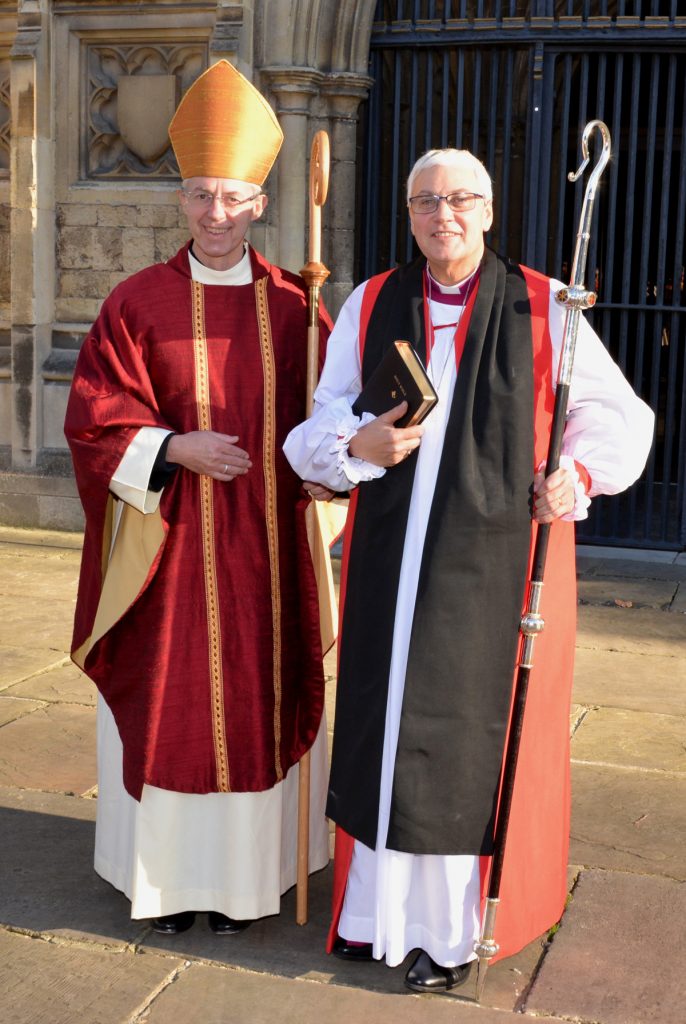 The Bishop of Tewkesbury, the Rt Revd Robert Springett grew up in a family committed to the life of the Church. He discovered, through its liturgy and worship, a sense of the wonder and mystery of God that drew him to a living faith. Leaving home to work as a student volunteer with the Missions to Seafarers first in Rotterdam and then in Fremantle, Western Australia, meeting seafarers of all nations and faiths, encountering poverty and inequality he was challenged to explore how the incarnate Christ calls us to counter injustice and promote the common good.

Robert returned to England first to study business, then theology at Lincoln Theological College and Kings College London. Ordained in 1989 he served curacies in Colchester then in Basildon before being appointed Priest in Charge of South Ockendon and Belhus Park then Rector of Wanstead. In 2010 he moved to Gloucestershire to be Archdeacon of Cheltenham and being consecrated Bishop of Tewkesbury in 2016.

Throughout his ministry Robert has remained committed to the Church’s engagement with wider society, particularly through its work with schools: He is Chair of the Diocesan Board of Education and a trustee of All Saints Academy in Cheltenham. He is committed to deepening understanding with the wider Anglican communion, developing a partnership between Wanstead and the Church in Northern Uganda and playing a leading role in Gloucester’s three-way partnership with the Diocese of Western Tanganyika in Tanzania and the Diocese of El Camino Real in California.

Robert is married to Helen, who is currently Deputy CEO of the Diocese of Gloucester Academies Trust (DGAT). They have two adult children, Charlotte and Alice.