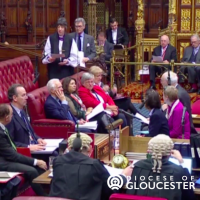 Bishop Rachel spoke as part of a debate in the House of Lords this week about what steps the Government are taking to support adolescent girls in fragile and conflict-affected countries.

My Lords, I too thank the noble Baroness, Lady Hodgson, for securing this debate. It is a great honour to be taking part and to listen to the contributions of so many amazing supporters of women and girls. I should also like to draw attention to my interests as set out in the register.

Following previous speakers, I too should like to reinforce what has been said about violence and access to education. As has been said, before, during and after conflict girls face both physical and sexual violence. It is important to note that trauma follows adolescent girls when they flee from conflict, whether they become refugees or are internally displaced. There is a high ​risk of sexual abuse in overcrowded, unsanitary and unsafe refugee areas. Girls face not only prostitution and the risk of early marriage; they also face isolation and a lack of access to healthcare and psychological support. I would like to ask the Minister: what specific action are the Government currently taking to support girls in these vulnerable places, and how will rebuilding peace after conflict specifically involve support for these girls?

This year, when the Government will host an international meeting on preventing sexual violence, will there be a focus on support for girls in particular? Where a country experiences violence, women and girls also face increased domestic violence in the home. Can the Minister let us know when the Government plan to introduce domestic legislation that will allow the UK to ratify the Istanbul convention? In particular, UK nationals must be able to be tried in UK courts for domestic violence committed against women abroad.

I turn secondly to education. As has been said, access to education is a particular challenge both during and after conflict. Two years ago I met Muzoon Almellehan, then an 18 year-old Syrian refugee and now at university in the UK. She has used her voice to call on the Government to increase support for girls’ education. She said that while she was in a refugee camp in Jordan, she went from tent to tent to tell parents that their daughters needed teachers, not husbands. During conflict, girls are two and a half times more likely to be out of school than boys. While the Government have committed to supporting programmes which help girls to stay in education, in 2017 funding for education represented only 8.9% of bilateral aid.

When girls receive education and are included in political and economic systems, communities are empowered and they are better off. Programmes that listen to and serve the specific needs of adolescent girls are crucial, as has already been underlined. Last week, Muzoon emailed me to say, “Frankly, what I have been through was not easy, but this journey has taught me that I should never give up and I must do the best to help myself and to help other people, and to be strong for giving hope”. That illustrates the resilience which has already been mentioned.

In responding to the challenges of both violence and education, we may need to adapt traditional methods of providing aid and assistance. Non-state actors can be effective local partners. I think in particular of the work being done in partnership with churches throughout the Anglican Communion and in particular with the Mothers’ Union. I would be interested to hear the Minister’s thoughts on how these sorts of relationships might be better developed.

Finally, we need to be careful about how we measure impact. Traditional value-for-money calculations may not be good at accounting for long-term work in fragile or post-conflict states. Making sex and age data disaggregation standard would help us to identify what works for adolescent girls specifically. The current UK National Action Plan on Women, Peace & Security will measure only a small number of indicators in this way, yet better interventions can be made when we know what works for girls.​

I am very grateful for the opportunity to contribute today, and I look forward to listening to the rest of this debate.

Today’s debate regarding the impacts of benefits reforms on families with children. Bishop Rachel is currently in discussion:

One thought on “Bishop Rachel debates in the House of Lords” 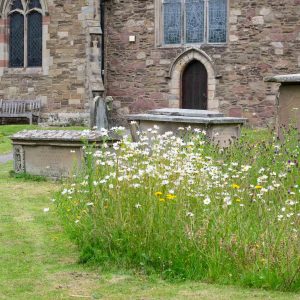 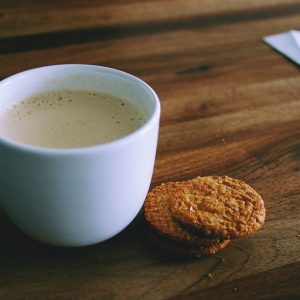