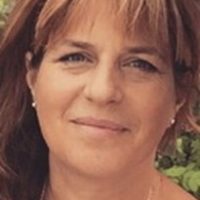 Trainee priests and deacons in the Diocese of Gloucester who were due to be ordained at the end of the month, will be taking up their new roles before their official ordination services take place.

Ordinations are one of the most joyful events in the Church’s calendar, with people flocking to Gloucester Cathedral from across the Diocese and beyond to support the people who will be starting ministry. During an ordination service, the Bishop lays hands on the candidates, each ordinand makes vows to the Bishop and to the people they will serve, and the congregation pledges to support them in their ministry.

Even though they will not be having the formal ordination ceremony for a while, candidates will be able to begin their new roles, as lay workers, either in a training position as a curate in a new parish (deacons) or continuing with their learning as a priest in their parish.

Over the coming weeks, we’ll introduce some of the ordination candidates and share their stories.

After 35 years of nursing, Nicki Bullivant is preparing for ordained ministry in her home parish of Tidenham, near Chepstow, where she and her father were baptised and where her grandparents were married.

She said, “I became a Christian when I was 16 years old and went to Bible College as I was full of enthusiasm for learning more about my faith. It was a fantastic greenhouse for faith, and it answered a lot of my questions.

“However, I also had a passion for nursing. My grandmother ran away at the age of 16 to be a nurse, and I felt that nursing was also in my blood. I trained as a nurse, but despite it all, I had a niggling feeling that I should be doing more in the church. My family and friends used to say I should have a ‘dog collar’ but I just laughed it off. Eventually though, God’s call started to come through a megaphone. My family and friends started calling me ‘Nic the Vic’ and the local vicar asked me about my calling, despite not knowing anything about my inner dialogue with God.

“I think my work as a nurse has informed what I will be doing as a priest, and my church background has also helped me to be a better nurse. I am called to hospital and hospice chaplaincy – I’ve nursed a lot of people at the end of their life and seen people in distress at the end of life. It’s usually assumed that this distress is due to physical pain, but I believe there is often an emotional or a spiritual element to their distress. People often have a need to be reconciled with their families and with God. When people are asked if they would like to see a chaplain at the end of their life, many people accept, and I have seen first-hand the difference that absolution and blessing makes to people.”

During the COVID-19 crisis, Nicki has been working at Chepstow Community Hospital, and has been caring for people whose relatives were not able to visit.

She said, “Being with a patient in the place of a relative that is not able to be there and sharing messages of love and support is a very sacred place to be. My calling involves being able to care for people at the end of their life, and I felt I had to be ordained in order to do what God was calling me to do – Eucharist is at the centre of my calling.”

Asked about the postponement of her ordination ceremony, Nicki said, “There are so many other heart wrenching and difficult situations going on at the moment, that not being able to be ordained for a while is not such a big deal. I can look forward to my ordination, and I will eventually have two dates to celebrate!”

After her training is complete, Nicki plans to return to nursing part time and become a hospital chaplain in the Gloucester area. 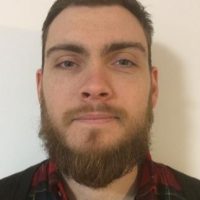 Jay Niblett is another of this year’s successful candidates for ordination. He will be starting his new ministry in the parish of St James, Chipping Campden as part of the Vale and Cotswold Edge Team.

Jay and his wife Laura, with their four children, have already moved into their new home in Chipping Campden and Jay is looking forward to starting his ministry in the parish.

“I was taken by surprise by my call to ordained ministry. I come from a working-class background and my church experience is very varied. For most of my adult life, I’ve been a youth worker, or been travelling, including a brief stint living in New Zealand. It was when I had a conversation with a priest who described his own ministry as ‘when I am most alive’, that I realised this was the call that God had for me too.”

He successfully went through the selection process and trained at Trinity Bristol and is now ready to start in his new parish. He continued, “Of course I’m disappointed not to be able to be ordained next week, but it doesn’t change my sense of call. I’ve noticed that in the Bible, calling is often an intimate moment with God, which becomes holy ground. I’m thinking of Joshua in the Bible. His calling was simple and it felt appropriate. In some ways, I feel that moment of knowing God’s calling for me has already happened. I am looking forward to having my calling publicly affirmed by the church, but I already feel that my journey is underway.”

Family life has not been free of challenges with two of the children needing miracles of their own.. Zach, their eldest son, had a lump which was eventually diagnosed as being a rare tumour caused by Desmoplastic fibroma mitosis. Zach had to have half his jaw removed and replaced first with a plate and recently with his own hip bone. In addition to this, when their third child, Simeon, was a baby, he had viral meningitis and sepsis, but thankfully made a full recovery.

Jay said: “Despite the challenges of having poorly children, God’s constant faithfulness was with us. It makes me think of the time when the disciples were in a storm and Jesus was sleeping. The fact that Jesus was sleeping didn’t mean that God didn’t care, just that he wasn’t worried because he knew that he was in control.”

When Jay is not working or being piled on by his children, he enjoys playing guitar, football and an evening in with Laura, some wine and a box set. Laura has recently started a business called Netham Bamboo Bikes. partnering up with social enterprises in Bali and Ghana.

If you feel that God might be calling you to something new, you can contact the diocesan Head of Discipleship and Vocation, the Revd Pauline Godfrey, for a conversation or visit www.gloucester.anglican.org/your-ministry/discover-your-vocation